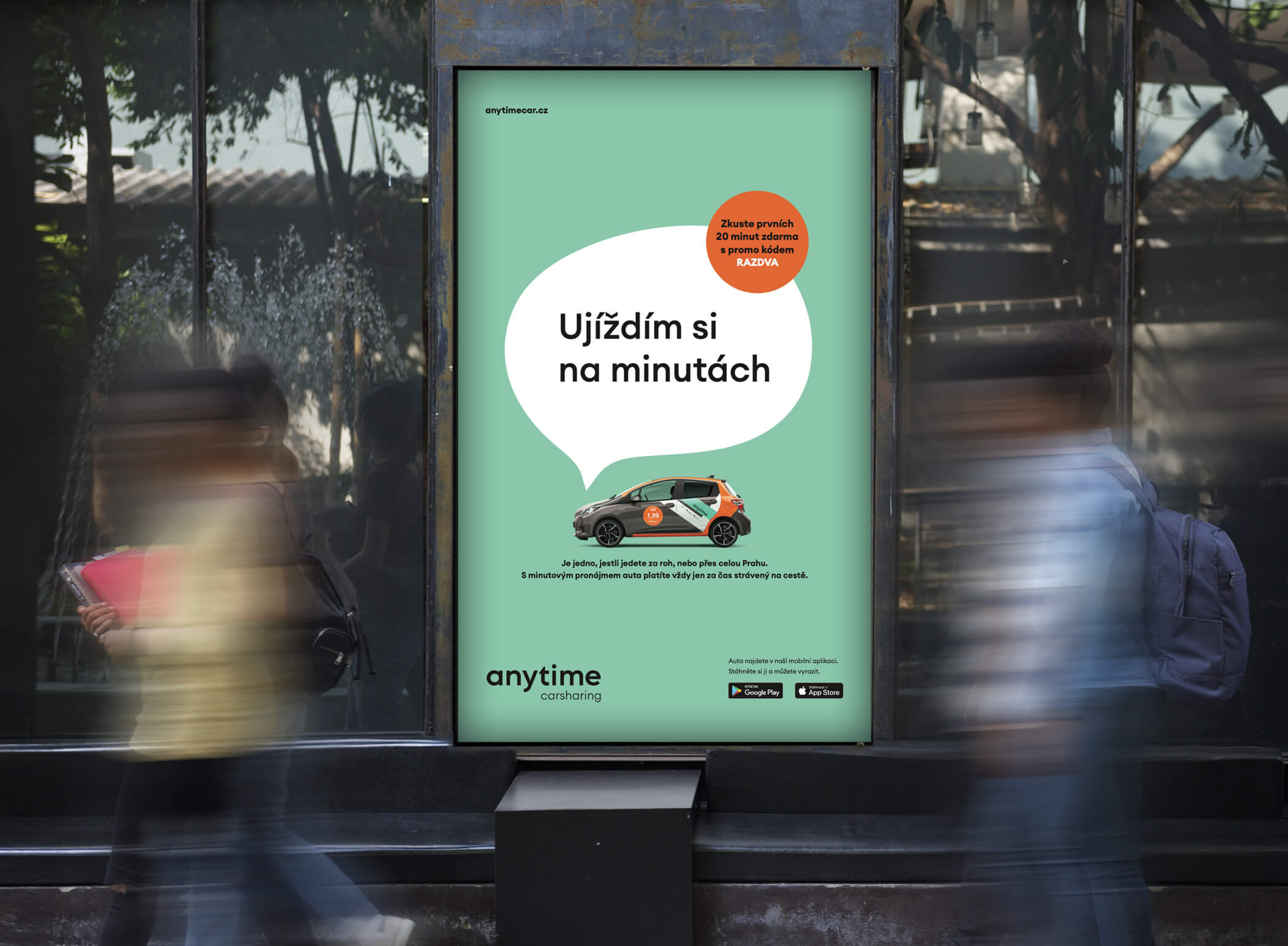 LESS THAN A ONE-MINUTE READ

In the beginning there were 3 concepts. Triple Bang team had to come up with them in days – and all of them had to be without photoshoots or filming to make sure the campaign would be ready to launch within one week. Therefore, it was clear that the visuals would be typographic and the only thing we could prepare was a 3D rendering of a car. Among the concepts there was one that showed situations in which Anytime comes in handy.

The winning concept, though, was the one with the bubble, because you can write virtually anything in a bubble – product benefits, situations, etc.

When the static visuals and the main formats for social and online campaigns were ready, the client also decided to choose videos on YouTube. Given the time constraint and the nature of the concept, animations were the only option. And our companies truly benefitted from their connection – VNV is situated only few meters from the Triple Bang! Agency.

We managed to create one pre-roll and three bumper videos, which followed the crucial visual of the entire campaign in style. Catchy music that will resonate in your head for a long time is worth mentioning too.

„The time pressure forced us to make it simple, which is typical of us.“

How we taught Czechs to save water

Campaign for Grohe with nationwide impact and excellent results.

We filled the largest pop-up in Central Europe

In one month! Thanks to our high-performing campaign and good PR.

We won a place for men in the bathroom

With the bold campaign Syoss Men for men’s cosmetics.

Leave us a message and we will get back to you

Thanks! We’ll get back to you ASAP.
Oops, unable to submit the form. How about emailing piero@neardear.cz instead?